Steven Maglio was born in East Harlem, N.Y. on December 25, 1958.
In 1966, his family moved to the Bronx, and being the new kid on the
block, he walked back and forth to school alone for the first few weeks.
He heard a recording of Frank Sinatra singing  MY KIND OF TOWN,
and to pass the time on his new daily trek, he would sing the song to
himself over and over.  After a few days, he decided he needed another
song and began to explore the only Sinatra album his parents owned at
the time,  A MAN AND HIS MUSIC.  That was the beginning of his
addiction to Sinatra and that whole world of standard songs and singers.

His professional career began on June 19, 2002, at the age of 43, as
male vocalist for Joe Battaglia and The New York Big Band, playing at
TAVERN ON THE GREEN  and  THE RAINBOW ROOM.

Steven is NOT an impersonator, but he's so reminiscent of Frank Sinatra
in voice and style, that contemporaries consider him to be the world's
premier Frank Sinatra tributeer.

Every Saturday since 2004, with an 11 piece orchestra, Steven performs
his Sinatra tribute show at  THE CARNEGIE CLUB  (currently the longest
running nightclub act in New York City) and has been critically acclaimed
by the NY Times, NY Post, NY Daily News, Variety, Newark Star Ledger,
Epoch Times, The New Yorker & New York Magazines, Cabaret Scenes,
British Vogue, Oggi, BroadwayWorld.com, The Kennedy Family, and most
of the cast of The Soprano’s.

He has performed at Resorts AC, The Sands Hotel & The Hilton Hotel in
Atlantic City, The Paris Hotel & Caesar's Palace in Las Vegas, The Breakers
in Palm Beach, The Villages in Florida, and events in Nashville, Cape Cod,
and Beverly Hills.  Steven is an international performer, appearing on several occasions in Italy, Canada, Brazil, and with The Symphony
Orchestra of Guayaquil in Ecuador.

Steven Maglio's first CD, SONGS FOR SINATRA LOVERS  includes a
voice/guitar rendition of  NANCY with the laughing face  featuring the
legendary guitarist Bucky Pizzarelli.  In 2015 he released two CDs,
YOU BELONG TO ME and other songs Sinatra never recorded  and
SINATRA en BOSSA NOVA.  Steven is also the co-writer and official
singer of the famed  DANNY DeVITO LIMONCELLO SONG.

In films, Steven starred in the short film, FRANK & ALICE.  He's also
appeared in ONCE MORE WITH FEELING, starring Chazz Palminteri
and Drea de Matteo, and ONCE UPON A TIME IN BROOKLYN, with
Armand Assante, Cathy Moriarty, Vincent Pastore, Tony Darrow & Ice-T.
Unfortunately,  his scene in Martin Scorsese's  THE IRISHMAN  didn't
make the film's final cut.

Steven's version of  THE TENDER TRAP is heard in the romantic comedy,
MY BEST FRIEND'S GIRL with Dane Cook, Kate Hudson & Alec Baldwin.  Undetected by the New York critics, Steven’s recordings of 11 Frank Sinatra signature songs were used to replace the original recordings in
the 2013 Off-Broadway show, PLAYING SINATRA.

A proud member of The Friars Club, The Screen Actors Guild, The Society
Of Singers, The Manhattan Association Of Cabarets & Clubs and the
National Italian American Foundation.

What is the most common compliment paid to Steven Maglio ?
"If Frank Sinatra could hear you sing his songs, he'd be proud."

He likes to believe that’s true. 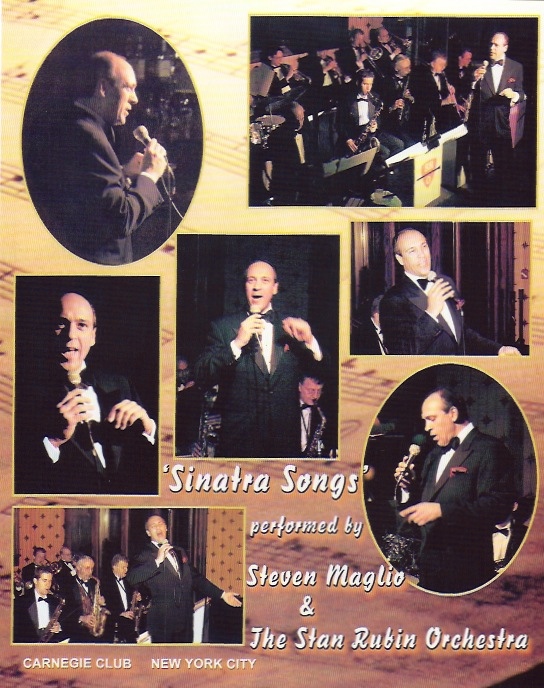 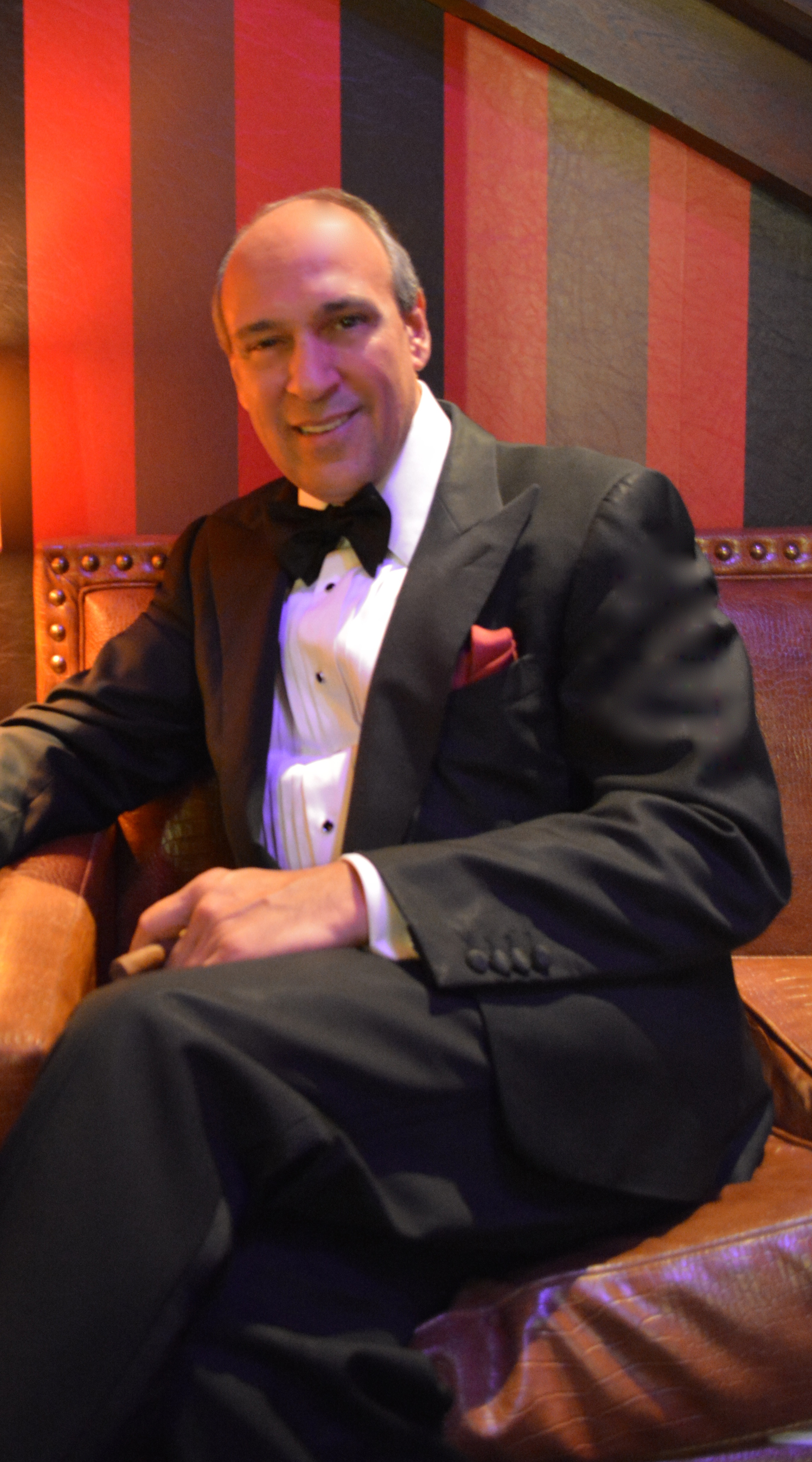